Using both Google Maps and Google Earth, we have been able to visually display the census data from 1900.

Google Earth maps are not so interactive, but we have overlaid the stitched together Sanborn maps from 1904 onto Google Earth’s current map. We have also put the pins for each dwelling onto the 1904 overlay. 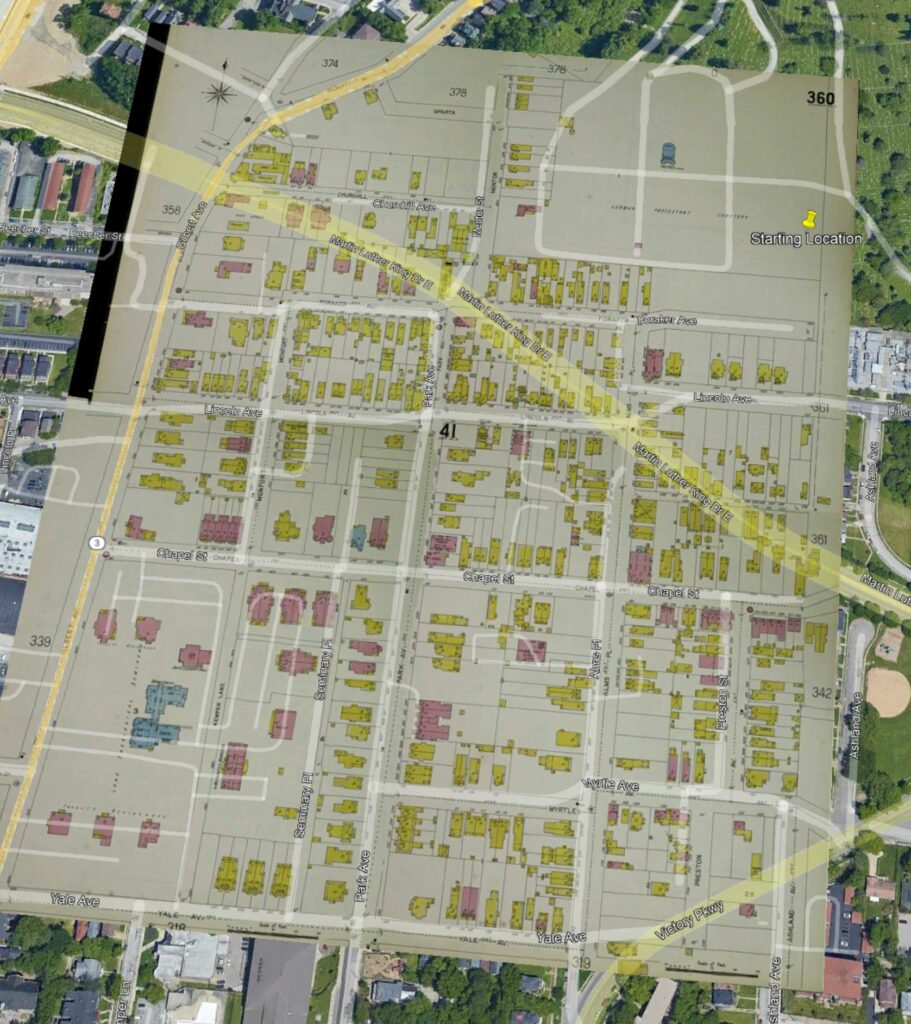 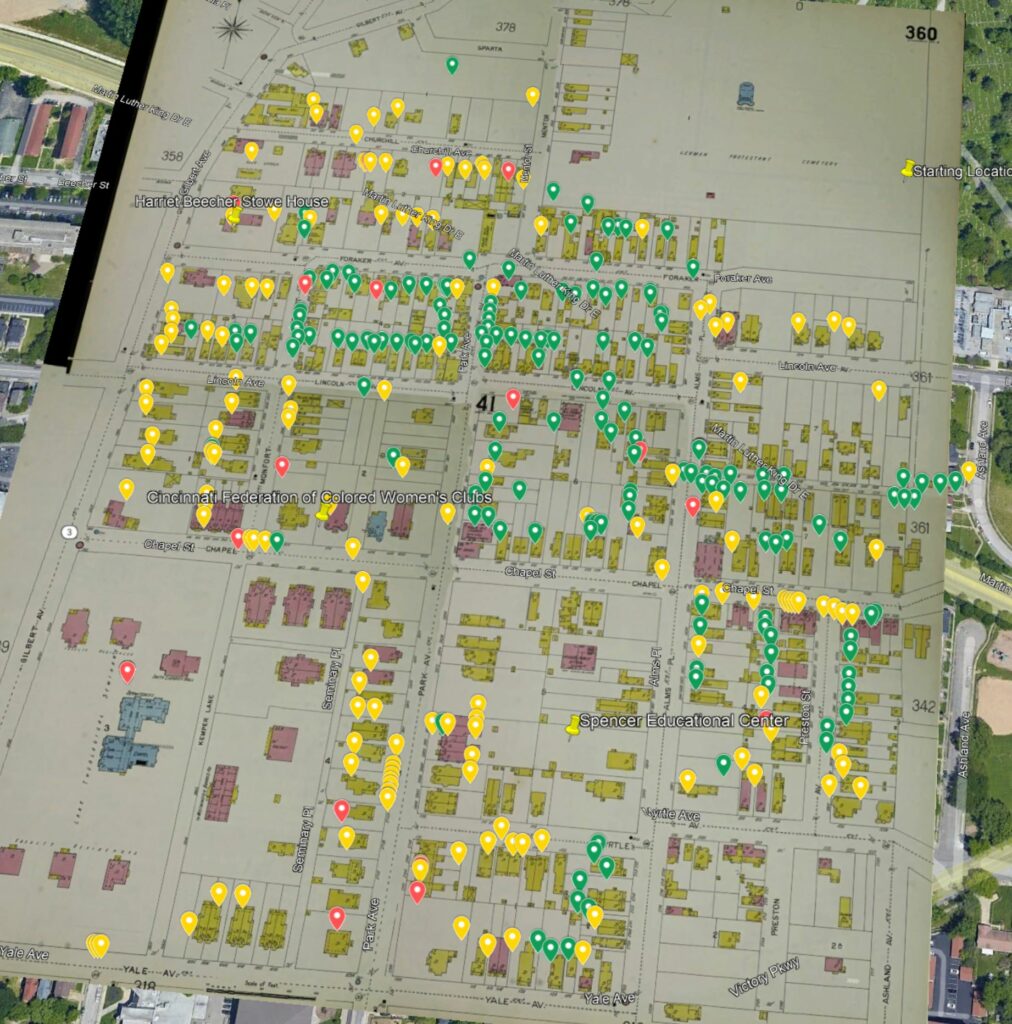 See more information about our research into the 1900 census.