What did Black Patriotism look like in Walnut Hills during WW I? 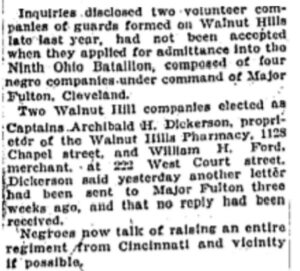 African American Pharmacist Archibald Dickerson presented a model of patriotism during the First World War. He enlisted in a Black medical unit in April 1917. The military showed its disdain for these African American troops by mustering them in for training in June and mustering them out three months later. (Dickerson’s business partner Dr. Louis Cornish likewise enlisted in the Medical Officer’s Training Corps but was discharged after the training session.) Undeterred, Dickerson began selling War Bonds, and offered his pharmacy as a collecting point for payment. After the Armistice Dickerson hosted a large dinner for returning Black veterans. 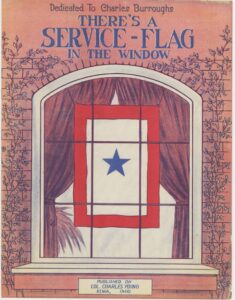 One more telling detail during the war concerned a piece of music, “There’s a service flag in the Window,” written by a Black military officer named Charles Young. Young was born in 1864 and raised in Ripley, Ohio. Only the third African American commissioned from West Point, he graduated in 1889. (The next Black soldier from West Point did not graduate until 1936.) Young served with the Black 9th and 10th Cavalries known as the Buffalo Soldiers, ironically fighting against Native Americans in the West. He remained a career soldier, despite many insults and injustices. The first African American to earn the rank of Lieutenant Colonel, still on active duty at Wilberforce College near Xenia, Ohio, Young not only wrote the lyrics and composed the music, but also designed the cover art. Dickerson sold the sheet music at the Walnut Hills Pharmacy.

Young, in 1917 the highest ranking African American up to that point, was retired owing to claimed medical unfitness – a hugely more insulting slight than the mustering out of Cincinnati’s Black medical officers. Colonel Young mounted his horse in Ohio and rode 500 miles to Washington DC to demonstrate his fitness. Despite the ride, the secretary of War refused to reinstate Young, although he was asked to recruit Black soldiers in Ohio to serve in the War. 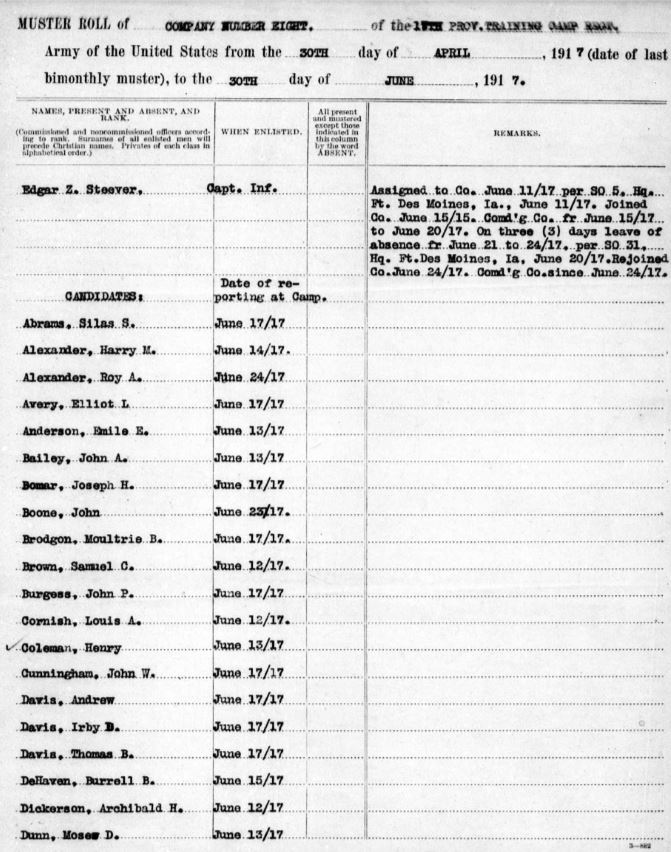