Continuing our clear air photos in Walnut Hills during the Covid 19 shutdown, the cloudy-day image was taken from the grounds of the Playhouse in the Park in Eden Park. The closer shot (from a sunnier day) is from the foot of the hill next to mirror lake in more or less the same direction. 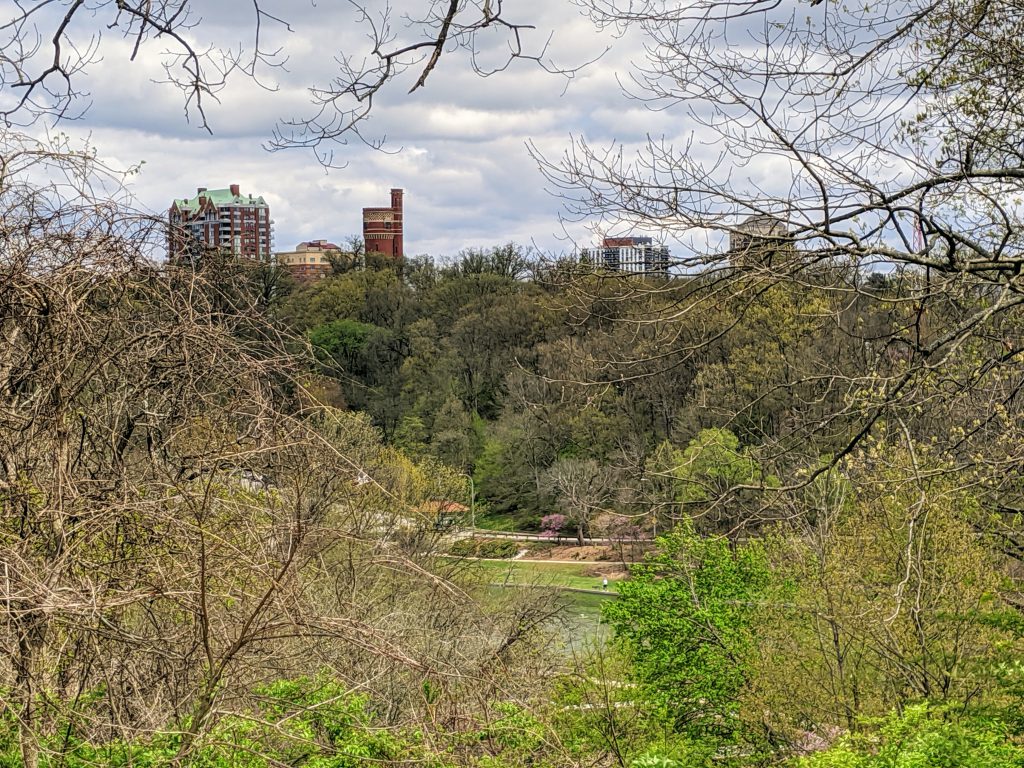 In the 1880’s the Playhouse location, long a shelter house in Eden Park, was considered for the Cincinnati Art Museum which is now a short walk away from the Playhouse. The view is similar to what it would have been when the Museum was being sited in the early 1880’s. The water barely visible through the trees at the bottom of the picture at the bottom of the picture is the present Mirror Lake, atop the covered reservoir that now occupies the place of the upper original reservoir. (You may need to select the picture to expand it to make out the lake.) Apart from the Reservoir’s more natural shoreline, the sense of a body of water (unnaturally located in a rather steep ravine) presents a scene would be familiar to the nineteenth century observer. The road off to the left finds its way up what has become the Fulton Avenue valley. The central round turret is the 1895 Water Tower with the small façade around what used to be a circular stairway at the side. Immediately to the left we see new condominiums: The Overlook on Luray (2008), across the street from the Twin Lakes overlook, and St. James at the Park (1990) higher on the hill between its namesake avenue and Alpine Place. To the right are the Edgecliff and the Edgecliff Point we encountered in yesterday’s post. 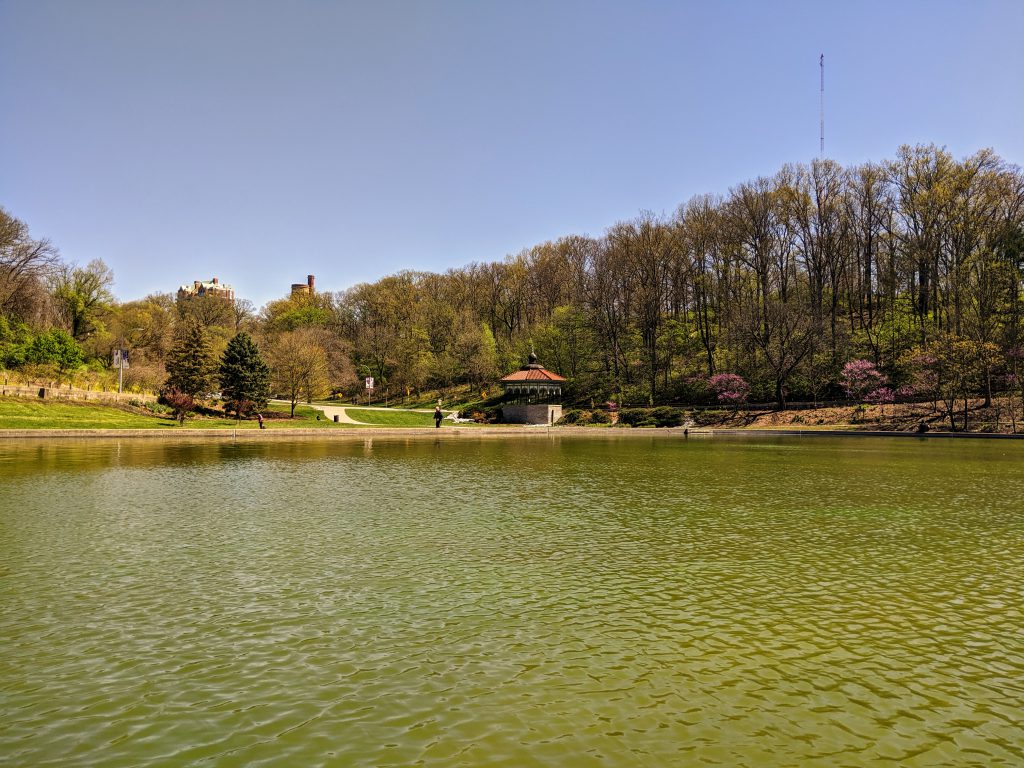 For the second image, we need to climb down the hill into the apparently broad meadow where we completely lose the sense of being in a ravine. The picture across the artificial lake is centered on the iconic early twentieth-century “Springhouse.” Those who walk along Fulton Avenue up the hill know that there is still a spring on the hillside that oozes an often algae-fouled fluid across the sidewalk. A smaller wooden springhouse, actually used to collect the flow, sat at more of less the same place in the early days of the reservoir. It turns out that the water collected was at least somewhat poisonous, so the practice stopped. From this lower elevation the ridge behind the Springhouse, since the 1880s the site of the Presidential Grove, hides most of the residential towers. Only the Water Tower and the St. James which sit at the highest elevation in the Park peak over the trees. A little harder to find at the right, there is also the communications tower on the ridge erected when the old Pump House by the lower reservoir ruins served as the city’s emergency communications center.