As 2020 with its turbulent election season and COVID pandemic draws to a close, I thought I’d highlight another aspect of the year, lest we lose track. Walnut Hills joined the rest of the country in declaring Black Lives Matter. Today we see a great driver of the growth on Walnut Hills after the Civil War, the Water Works Reservoir in Eden Park. The 1878 engraving shows the lower reservoir under construction; the upper reservoir, already in use, appears at the left. The black and white aerial view, probably from the 1910s or ‘20s, shows the completed reservoir. The modern snapshot is taken from the lower reservoir wall, now partly demolished. The upper reservoir was enlarged and covered by the mirror lake in the 1960s; the wonderful graffiti adorns the extended separating wall from the aerial photo.

The BLM graffiti was removed as quickly as the sanctioned street mural in front of City Hall was vandalized. 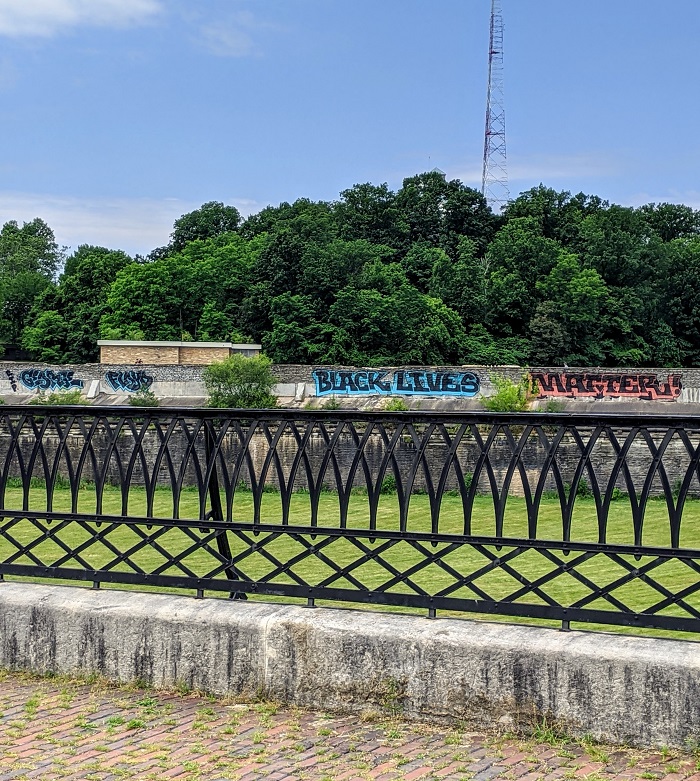 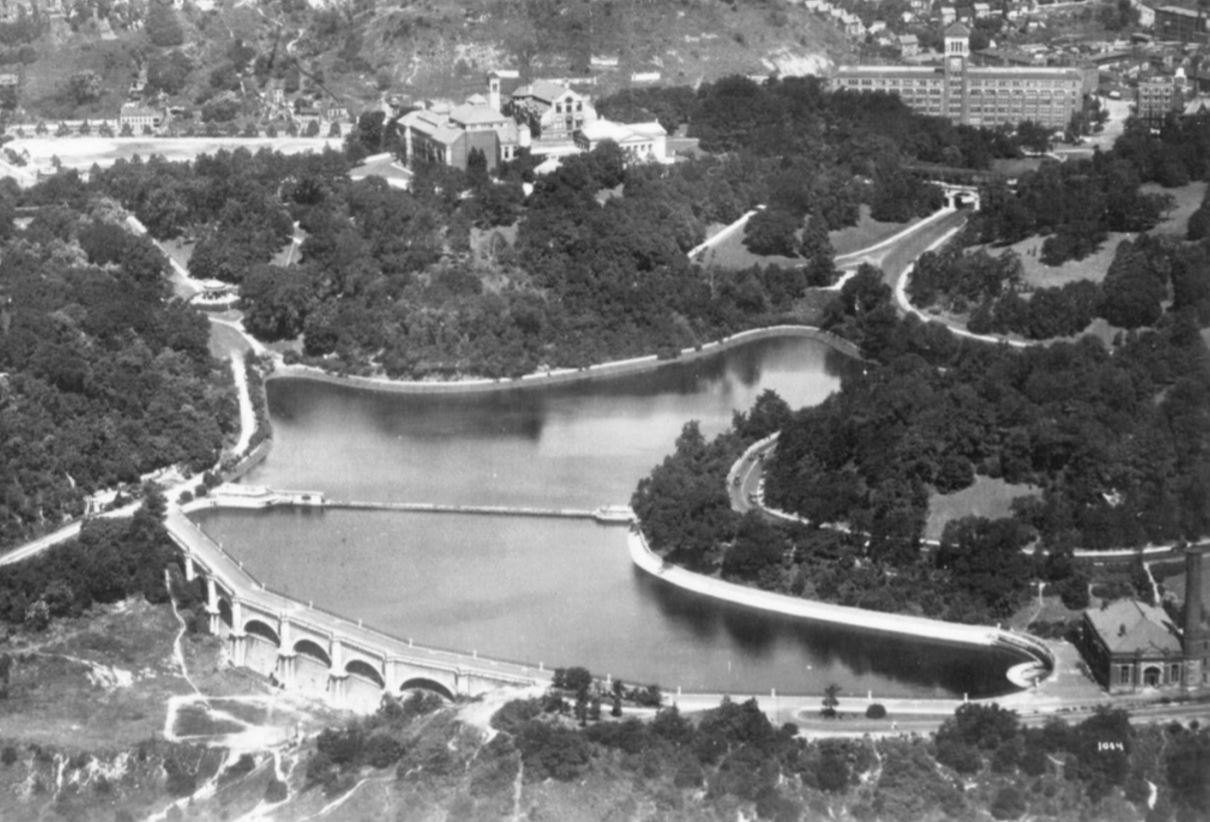 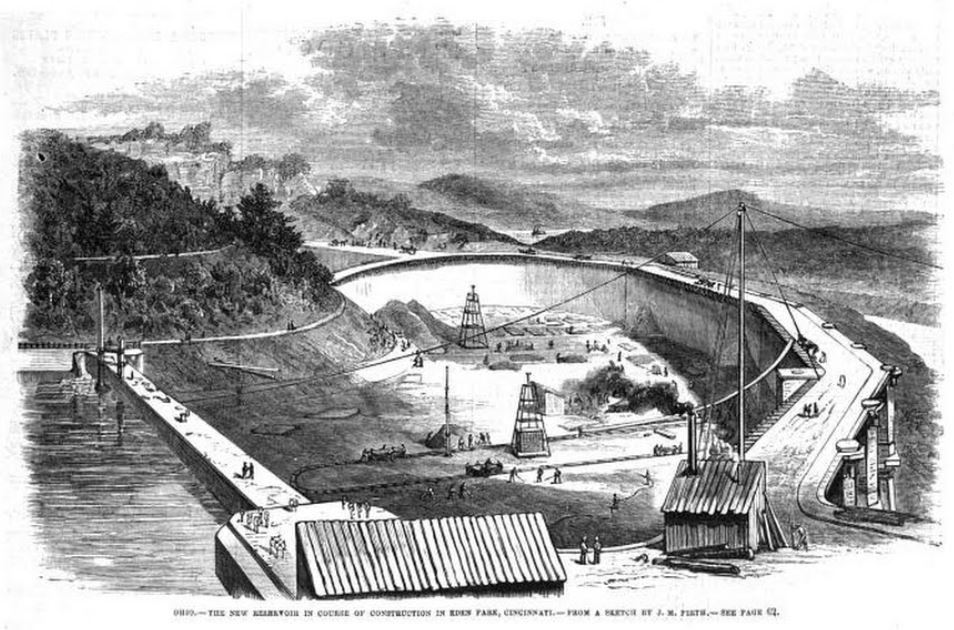