We have seen in the previous posts that Horace Sudduth served as his community’s Real Estate agent, selling hundreds of homes to Black owner-occupants. Sudduth’s real estate ads in white newspapers as well as the Black-owned Union also make clear that Sudduth made many African Americans into small-scale landlords. Wendell Dabney’s real estate columns, and less frequent columns in the white press, offer clarifying evidence. 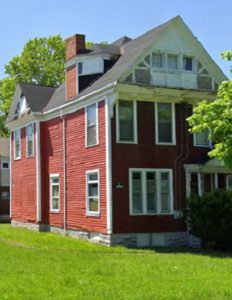 Sudduth’s display ad in The Union for April 12, 1919, for example, offered 6 properties in Walnut Hills. On Lincoln Avenue there were two “7-room modern house” offerings. One (presumably a single-family residence) was touted as “in A No. 1 condition, $3900” and the other Sudduth noted was “arranged for 2 families, $3,700.” Two other neighborhood houses in the ad, 5 and 6 rooms, seem to have been single-family residences, while another 7-room house was also “arranged for 2 families.” Finally, Sudduth offered a “Modern Flat Building, containing 8 flats, $9000.” Similarly, Dabney’s “Sudduth Still Selling” column for September 3, 1926 listed 7 recently completed sales in Walnut Hills. The images with this post show the five of those still standing from recent Google Maps photos. These included a 10-room single-family residence for frequent client Francis M. Russell, the principal at Douglass School whom we have previously met as the buyer of a tenement at Park and Lincoln. The column details move-in dates for four smaller houses sold to other owner-occupants. The two other sales involved duplex buildings where the buyers occupied one of the units and rented the other. 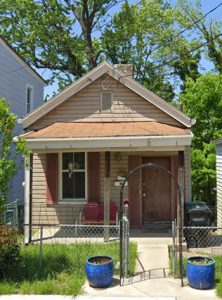 Sudduth also sold houses to Black investors who might rent out the property themselves, or Sudduth would manage the buildings for them. In other cases, the large brick and stone and frame houses built mostly during Reconstruction for captains of industry and wealthy merchants (including the Black coal dealer Robert Gordon) had been designed for families with domestic staff, often with live-in servants on the top floor. Many such buildings were recycled as rooming houses, meeting an urgent need for housing for young, single southern Blacks arriving in Cincinnati during the Great Migration. 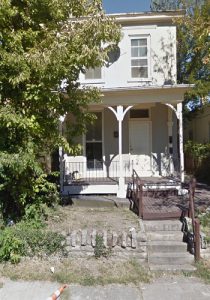 A shrinking cluster of buildings remains around the old Lane Seminary near Chapel and Gilbert. The Harriett Beecher Stowe house on Gilbert at Foraker operated as the Edgewood Inn during the 1920s and ‘30s under the white ownership of the Monfort family. Mozella Terry, a Black woman, operated an old mansion on Chapel at Monfort which she sold around 1930 to Sudduth who in turn remodeled it as the Manse Hotel. Terry went on to operate another rooming house (standing but soon to be demolished) across Foraker from the Stowe House. The Cincinnati Federation of Colored Women’s Clubs still owns the mansion purchased in 1925 at 1010 Chapel (next door to the Manse); during the Great Migration the Federation rented out rooms on the upper floors to single women, sometimes with children, arriving from the South. These buildings, too, represented cultural wealth, employment and financial capital for the Black Community in Walnut Hills. 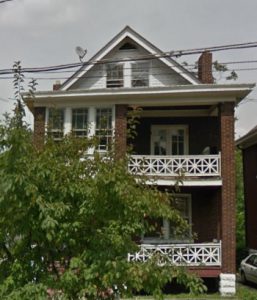 The Black community in Walnut Hills operated in parallel to white neighborhoods in the teens and twenties, where money circulated widely in a very local setting. During the 1920s most families bought their groceries and other necessities in shops within walking distance. Those shops hired local workers; in Black-owned shops those workers were mostly Black. (A couple of comments in responses to a recent post on tenements sold by Sudduth illustrate this; have a look.) 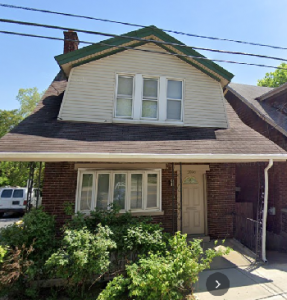 Increasingly in Walnut Hills, especially during the 1920s through the ‘50s, income in the community also went to buying owner-occupied houses, duplex homes, and larger buildings divided into three to five flats as rental properties. This money was converted into community wealth; the rent they generated stayed in African American hands in Walnut Hills. An earlier series of stories about Douglass School teacher Sadie Samuels observed that she owned more than one Sudduth-managed rental house. Georgina Thatcher, the original owner with her husband Ernest of Thatcher’s Fish and Poultry on Lincoln Avenue, in 1987 not only continued to run the 50-year-old family business, but she also owned ten rental buildings in Walnut Hills.

As we saw in an earlier post on tenement housing in Walnut Hills, residential homes, both owner-occupied and rented, belonged to the Black community.

Also, see our article on the Cincinnati Federation of Colored Women’s Clubs