This downtown photo, taken from the Cincinnati Art Museum grounds (notice the top of the Elsinore Gate at the lower right of the wider angle image) includes (in the detail) the 1933 Art Deco Times Star building, the Gotham-like office tower with the printing plant extending toward us like a concourse; to its left the 1913 Union Central Life Insurance building designed by Cass Gilbert as his first large project after the Woolworth Building in New York, then the world’s tallest skyscraper outside New York, now wearing the letters “PNC”; the 1969 Fifth Third Bank tower and soaring behind it the 1930 Carew Tower.

The Union Central Building at 4th and Vine occupied what was long the premiere intersection in the downtown; Gilbert Avenue was aligned on the site. The Union Central was built after the Chamber of Commerce Building was destroyed in a fire. That was the last building designed by Henry Hobson Richardson – the originator of the “Richardsonian Romanesque” style adopted by Samuel Hannaford in his design of Cincinnati’s City Hall. Like Gilbert a generation later, Richardson was the most prominent architect of public building in the country when he drew the design in 1886. Before that, the site was occupied by the Post Office and Custom House, the main Federal offices, constructed in 1856. On the South end of the block stood the Burnett House Hotel, 1855, Cincinnati’s attempt at a world-class hotel in the mid-nineteenth century.

The Art Museum, built in 1886, had a clear view (through the smoke of the city, to be sure) of the Chamber of Commerce Building. Apart from the River views, it was the premiere building location in Eden Park and Walnut Hills.

Select the image for a larger view. 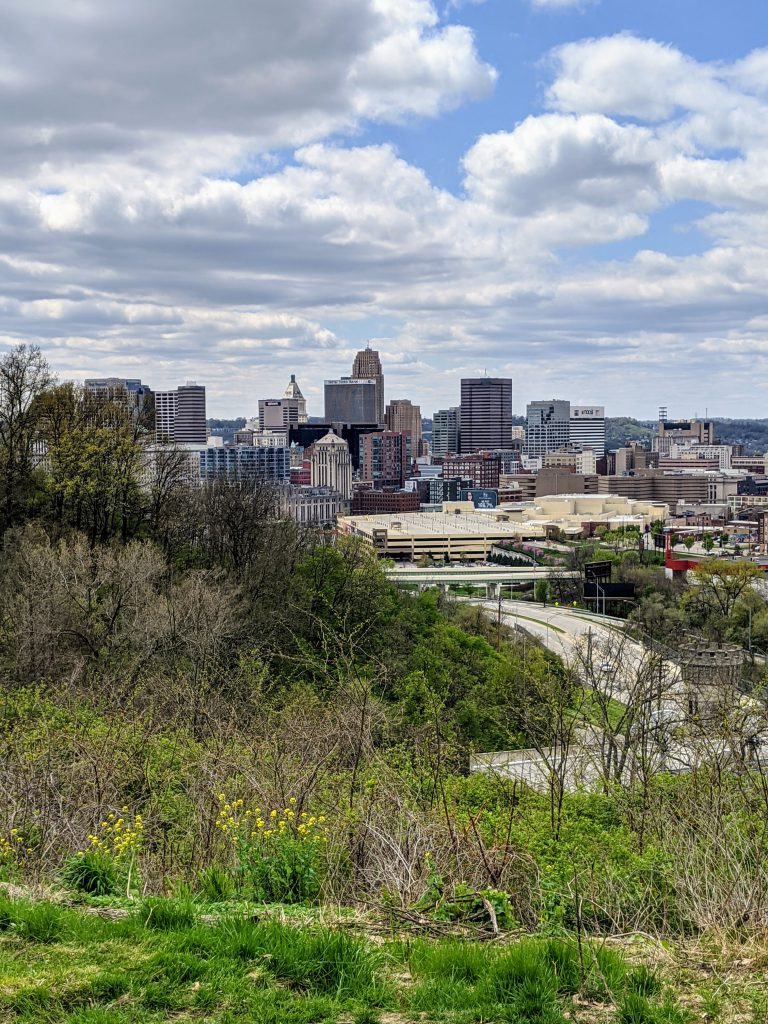